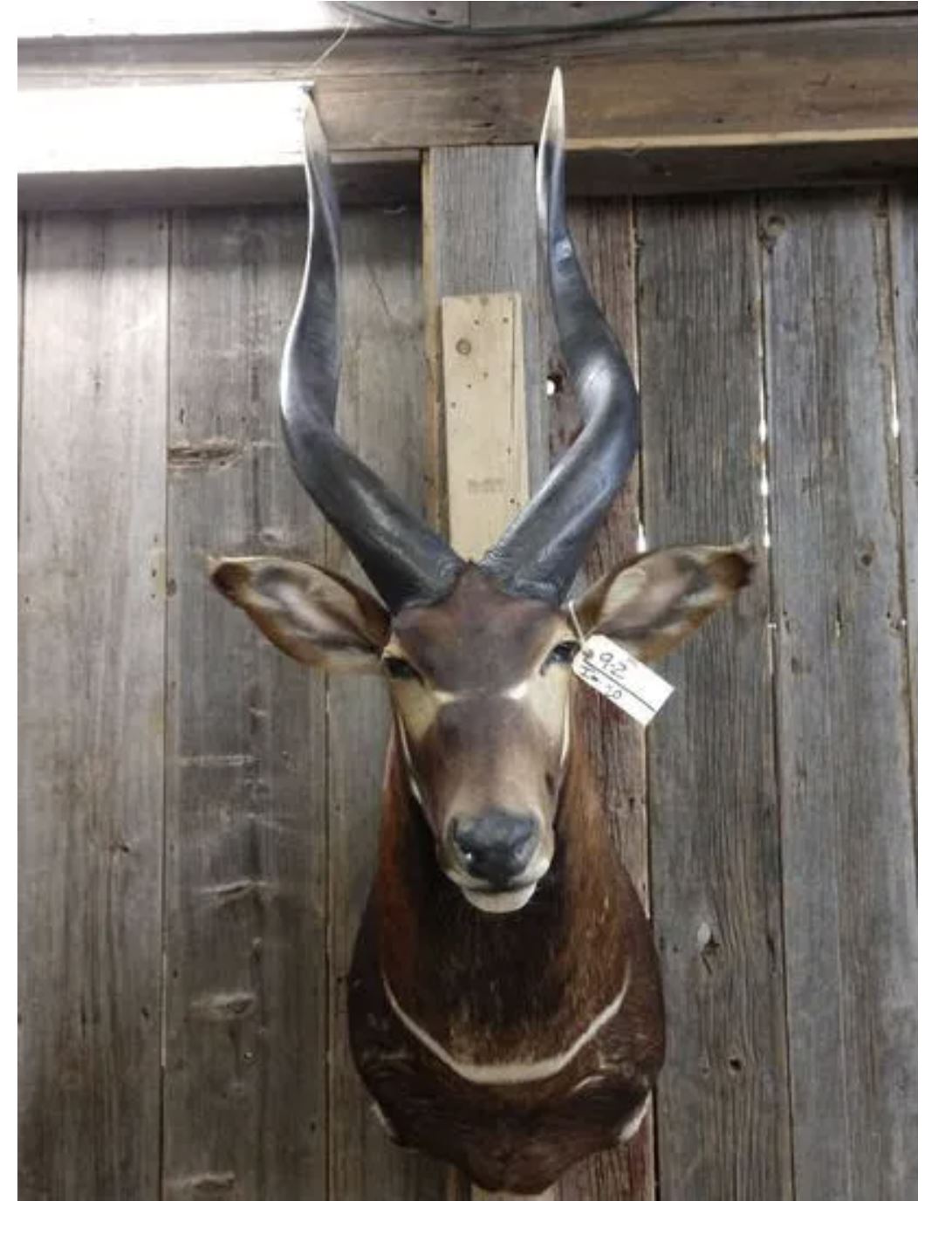 On March 20, 2021, a Bongo Antelope which Ranks #1 in the Safari Club International Record Book for sold for $3000 at Auction with only 6 bids with number of bidders unknown.

Often Auctions are not a good venue to sell Taxidermy. Large quantities of Taxidermy Mounts are being dumped into the market without enough and/or the right kind of exposure to the Market thus in bringing low selling prices. For example; a common selling price for a A-Grade Greater Kudu Shoulder Mount is $300 or less.

The world record Bongo was sold in a Midwestern State in the USA. This Trophy should have sold for more, in our opinion, with the correct amount of exposure to the market. In most cases a person cannot put a Mount of this kind in an auction and expect luck to bring good selling results. A Bongo is a rare African species and would be purchased by a targeted group of Buyers in most cases who are familiar with this type of high-end animal.

Some sport-hunted animals are not known to everyone. It is like trying to sell a Diamond Ring at a Tractor Auction; you are selling to the wrong crowd.Â  It is the job of the Auction Company to have the expertise to assemble the correct Buyer Pool to buy what they are selling.

Be an Educated Consumer of Auction House Services.